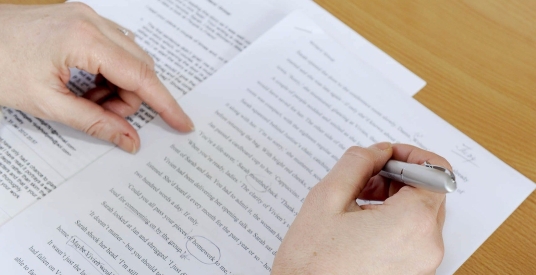 Using words we don’t need can upset the smooth flow of the story and, at the very least, make the sentence a bit more bumpy. Get rid of them.

Self-editing is never easy. It is the curse of the writer, second only to the dreaded synopsis (suppresses a shiver).  Many say that you can’t self-edit, after all, if we could see all the mistakes we made in the first place we wouldn’t make them. After finishing a piece of work, I use the find function for these example and do a quick flick through.

These words are known as filler words and can be omitted without affecting the narrative.

That
The number one filler word I dislike is that, because I find that I put it in all the time.

In the sentence above the second ‘that’ could be removed without affecting the meaning.

Just
He was just going to walk the dog that liked to chase a ball.

Get rid of ‘just’ we just don’t need it here, it works fine without it.  But note that in this case we need to keep the that to make sense of the sentence.

Even
It wasn’t even his car, but he drove it away, anyway.
Even isn’t needed.

Adverbs (ly)
Words ending in ly. The adverb amends the following verb, but why use two words when one will do.

There are other filler words that can be avoided but these are the ones I use most. Always read through the sentence once the words have been removed to make sure it still makes sense.

He quickly ran towards the life boat and found that the bottom of it had been punctured. Perhaps he should just dive into the really choppy waters? He started to climb up the safety rail and began to jump.

He sprinted towards the life boat and found that the bottom had been punctured. Should he dive into the boiling waters? He climbed up the safety rail and jumped.